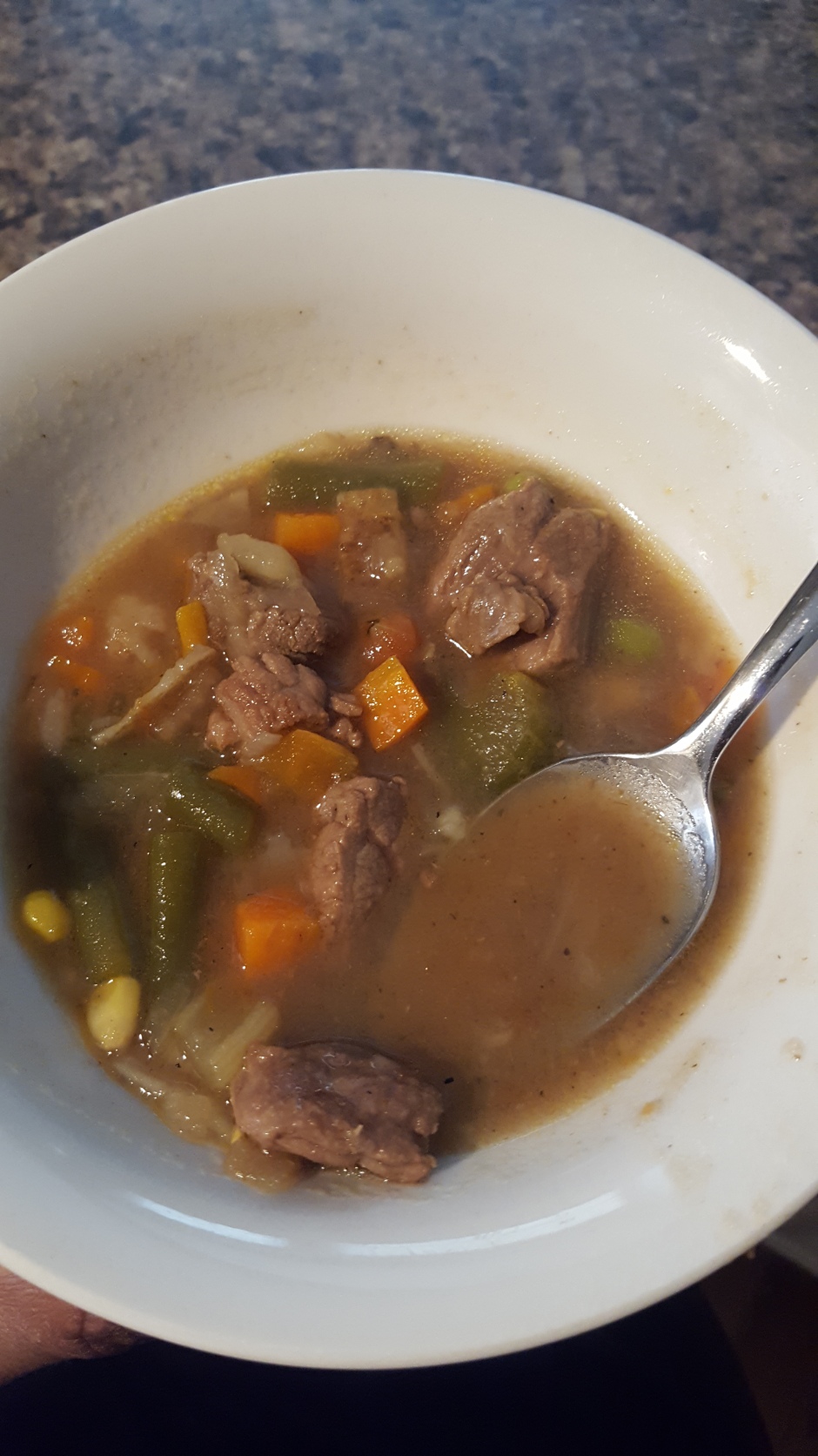 We all know the best thing to eat when you’re sick is soup, right? Well, even if it isn’t soup, you need to make sure you’re staying hydrated and getting nutrients. Sounds like soup to me!

As luck would have it, both my guys got sick right before Thanksgiving. Neither of them had a big appetite, so I made a big pot of soup. This particular day I needed to go out of town for an alumni meeting, so I figured this soup would last them all day.

I only used a few simple ingredients to keep the soup light enough for the sick, but still flavorful enough to make them want to eat it!

First I browned the beef and seasoned with a little salt & pepper. I only seared it a little because it would cook through with the rest of the process.

Next, I added 4 cups of water…

Then the beef broth…frozen cubes and bullion. Ok, let’s talk about this! A while back, I made a really tasty roast in the crock pot. There were lots of flavorful juices left over, so I poured the juice/broth into ice trays to freeze for later!

I like to keep chicken and beef bullion in my pantry in case I don’t have a carton of broth or just want to add more concentrated flavor. The latter was the case for this soup. 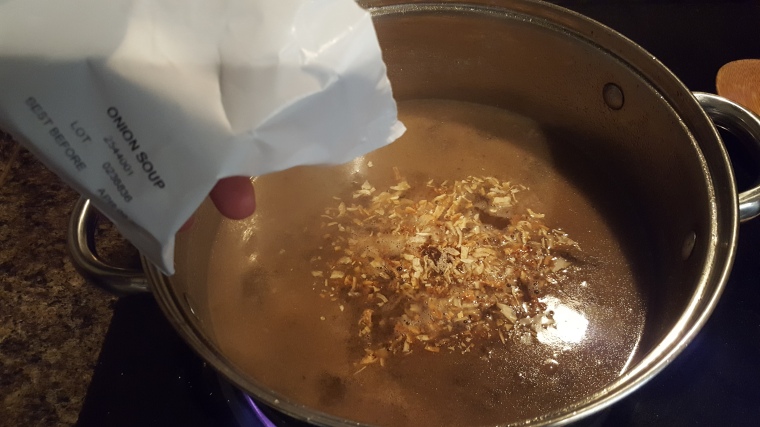 After the broth, I added a whole pack of Onion Soup Mix then brought the mixture to a boil. 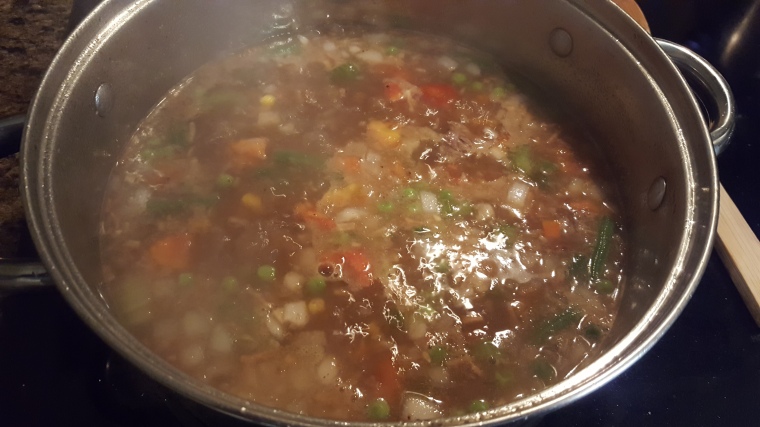 Finally, I added the bag of veggies…brought it back to a boil…then lowered the heat so the soup could simmer for about 30 minutes.

Since I was leaving it on the stove for the guys, I just turned it off to let the residual heat keep it warm until they were ready to eat.

I’m so glad I made this soup, because it turned out to be the only food my husband could truly enjoy that week!

You don’t have to be sick to enjoy this though…so make it soon!

What do you want to find?